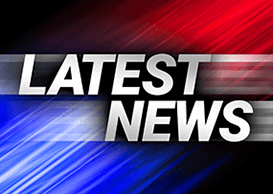 Thank You I would like to say thank you on behalf of the Fire Department, E.M.S. and Law Enforcement f ... more

Gove County Sheriff’s Office was formed in 1887 and has been serving the citizens by enforcing local, state and federal laws.

Gove County Sheriff’s Office consists of the Sheriff and three full time Deputies, Emergency Management is also run through the Sheriff’s Office with one employee that is also a part time Deputy. We serve a county of 1,080 square miles with a population of around 2,700 people. We have five small towns in our county with four of these towns on I-70; Grainfield, Grinnell, Gove, Park and Quinter with Gove as the county seat.

Law Enforcement in Gove County has a large responsibility and we ask for the citizens to cooperate with Law Enforcement and notify us if you have information of a crime.

Take advantage of the website to keep informed of what is going on in our county and for special concerns that may be occurring in Gove County.